I decided to take the shortest route back along the toll road through Nogales for my return to the States.  I wanted to know what it would really be like at that border crossing, and I learned that I probably won’t go through there again.  Turns out they are training a lot of very young new recruits in their border patrol, and since I was chatting with their supervisor while they searched my motor home and my car, those guys had to be ultra-thorough. In the end they took one avocado and some frozen diced mango, and the canvas bag from Costco rice that I used for storing empty jars.  (They said it had been made in India, as if that’s not allowed!)  I drove about 20 miles further to spend the night at Patagonia Lake State Campground.  I have heard that the crossing at Lukeville south of the Organ Pipe National Monument is probably the best place to cross from Arizona, and I’ll probably go there next time.

I met Carol at Benson, and we spent a couple of days together.  It was nice to see her again and we did a few touristy things. 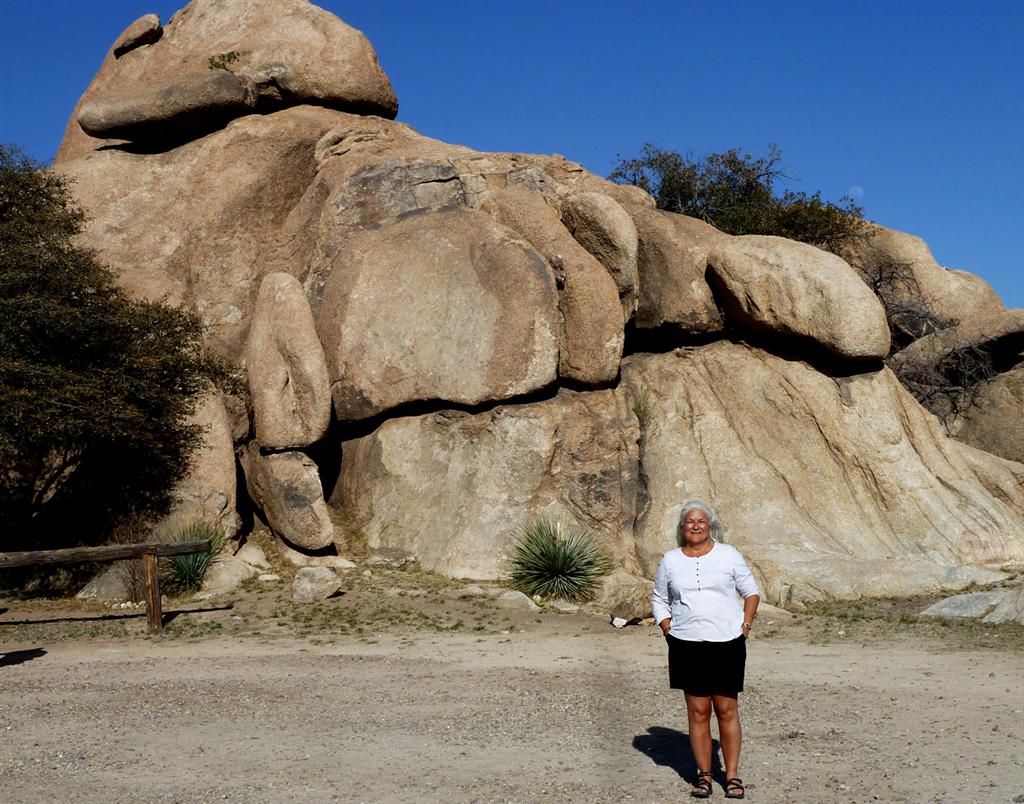 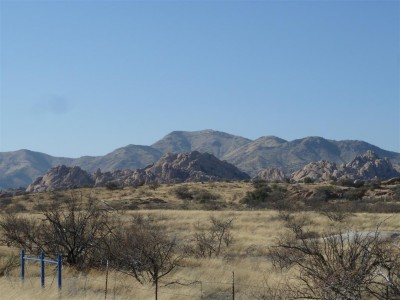 This rocky place was near the Amerind Museum which I enjoyed very much (American Indian = Amerind). The scenery here looked like it came straight from the old Western movies.

But that was just an introduction to the Western movie set that I visited near Benson!  Gammons Gulch is the personal passion of its owner Jay Gammons who spent forty years collecting the antiques and moving old buildings to create this traditional town.  It has been used as a Western set for several films, most recently The Gundown, and they built the saloon for that movie.  It is worth the trip, and touring the place just costs a donation.  The slideshow below gives you an idea of what it’s like.

I learned that some intrepid campers were parked at the estuary next to the beach not far from San Carlos, and decided to go join them.  I was surprised to find that most of these folks knew each other from many years spent camping here together.  Some were from Canada, others from the States, and one older couple from Utah even had a big class A motor home.  This place suited me perfectly and I kept wishing I had come directly here weeks earlier. I was grateful that I had a car so the drive to town was quick, but it was easy to just stay home.  Cheyenne loved the beach and I loved the birds.  Little fish often jumped straight out of the pond in front of my camper and the herons and egrets loved catching them.  We had group potlucks and visited often.  Several solo men were camping in Volkswagen vans, and we had three couples, but I was the only solo woman.

Here is my home away from home – 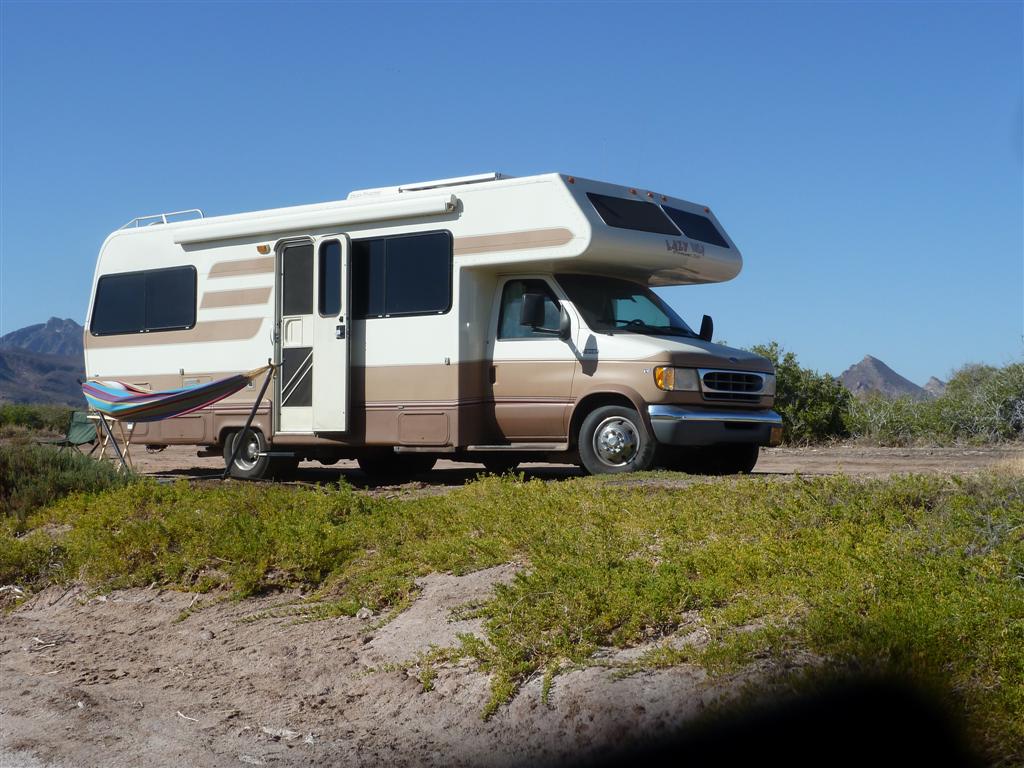 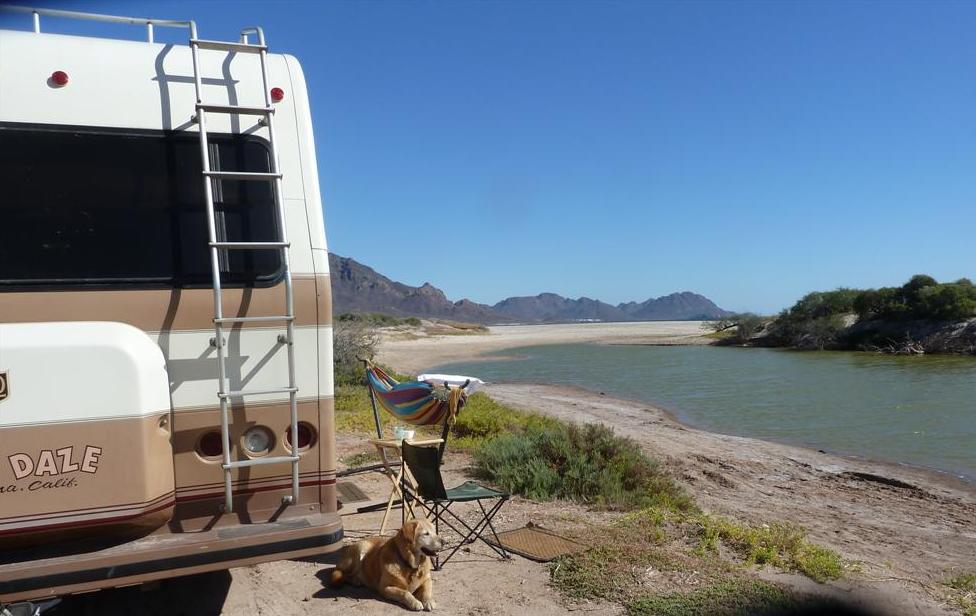 our walk on the beach – 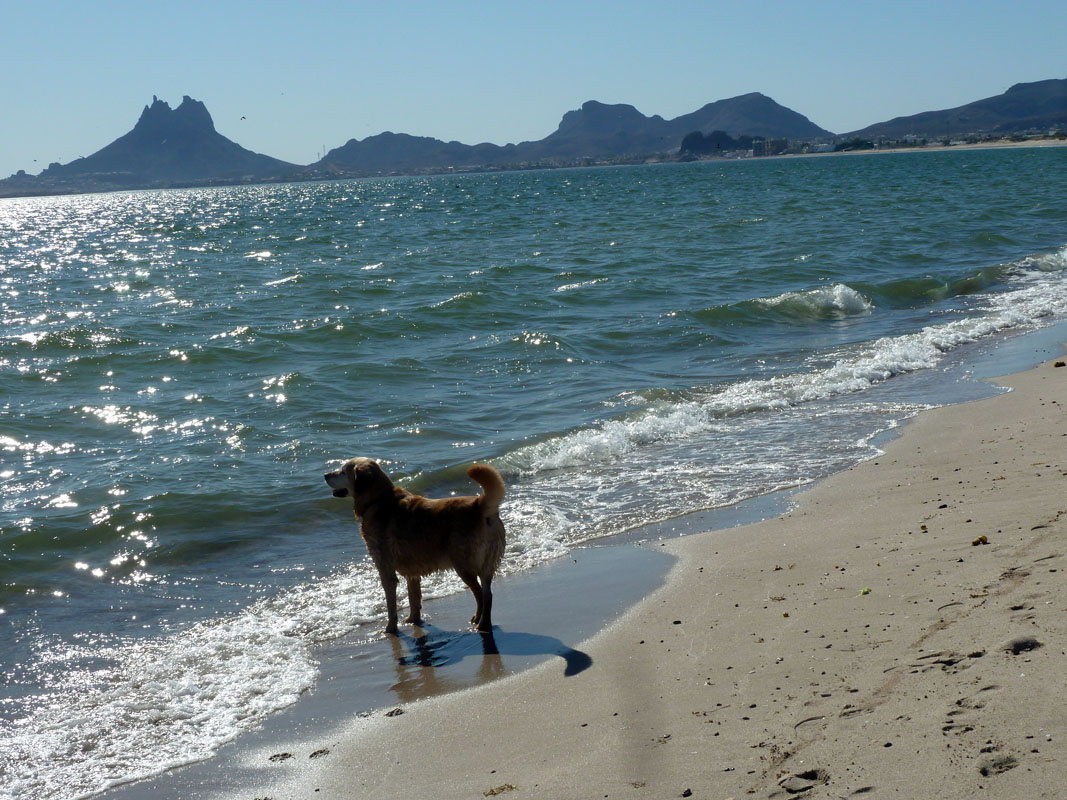 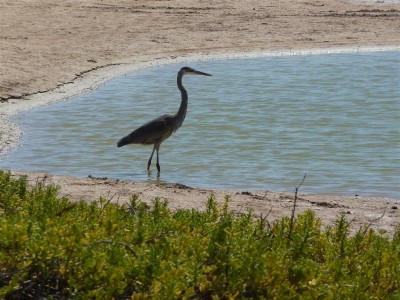 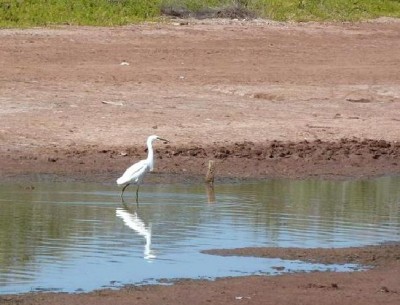 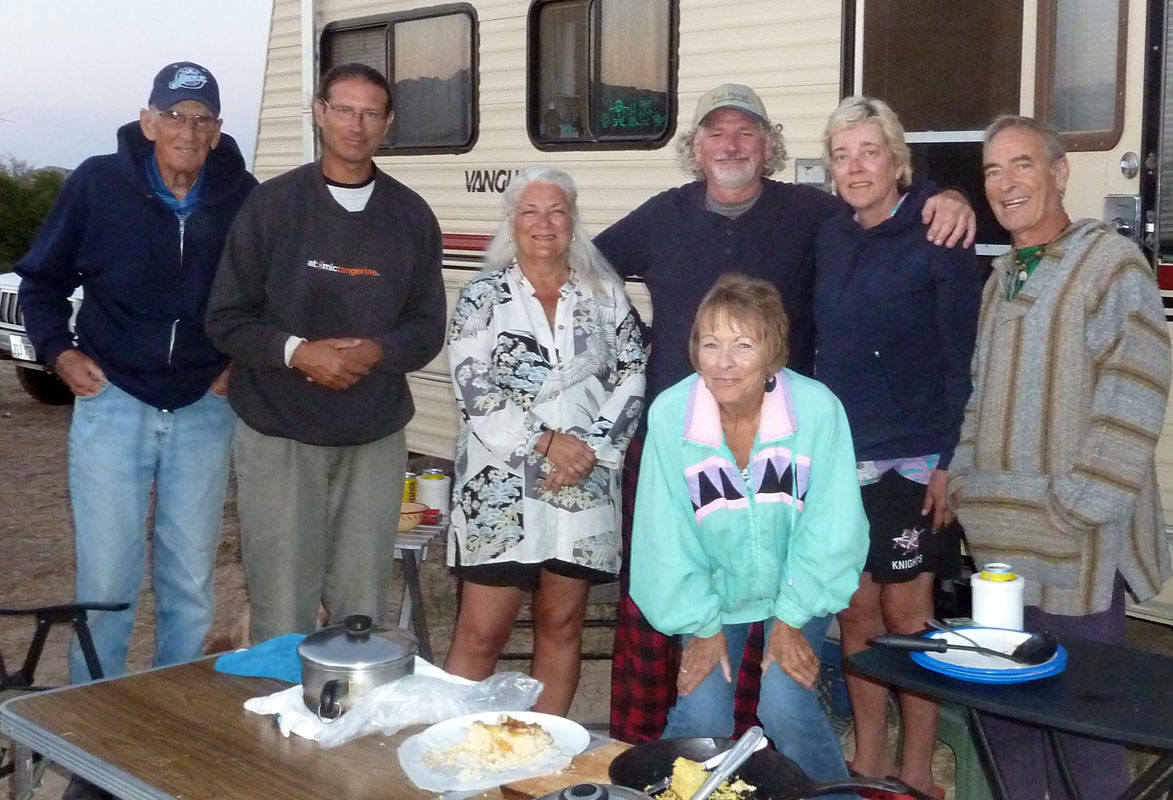 one of our potlucks – 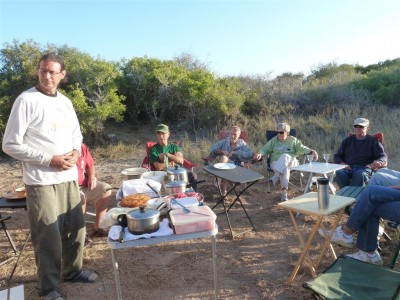 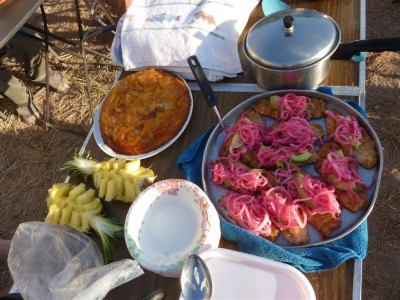 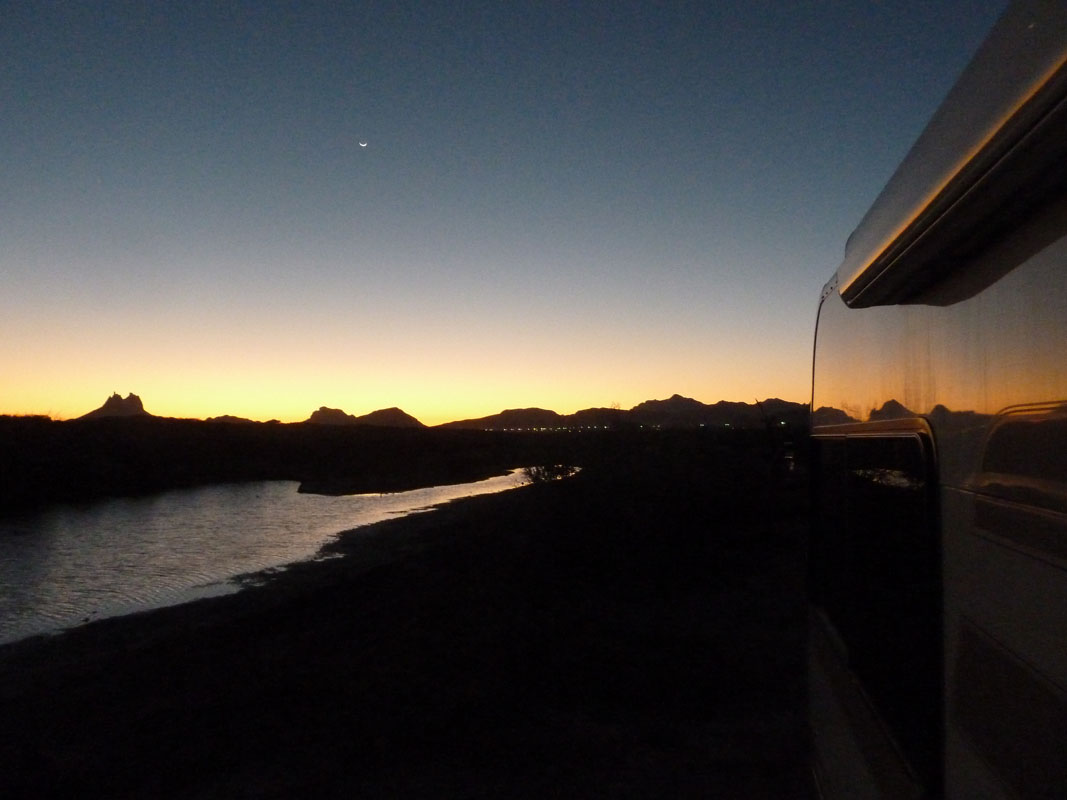