September – What a summer!

I’m exhausted!  But unbelievably this summer I sorted virtually everything I own, and got rid of most of it.  While Peter and Janek were here I started with 50 years’ worth of photographs.  I thought this gigantic chore would take months, but once I got started it went pretty fast.  Instead of facing thousands of pictures to scan digitally, I just made four piles, one for each of my kids and one for me.  Every photo went into one of the piles, and then they got put into boxes.  It was good that Peter started helping sort them, it made the decisions even easier.  Mine was the smallest box, and the others went to each child.  I did the same with mementos such as report cards, child drawings, cards, and letters.  Now I have a small box of those too, but the rest are gone including old photo albums.  Next I dismantled my library, all the bookshelves got emptied, most books were donated and a few went into the storage trailer.  I took nearly 50 boxes of books to give away.  One day Peter went through some and said to me, “How can you do this?”  Frankly, I’m surprised that I could.

Then room by room, every possession was eliminated or boxed for storage.  Some things got sold, including my favorite desk, the glass display cabinet and my precious sea kayak.  All gone.  It was an unbelievable amount of work, nearly full-time for two months, but it’s mostly done now.  The house almost echoes.  I left artwork on the walls, because the house needs to look lived-in and that stuff must stay in heated storage so I’ll have to rent a space after the house is sold.  Each room has a minimum of furniture and little else. I did save a few items that will be useful if I have a cabin or small house that’s just a shell.  A bookshelf wall, the antique hoosier, and a buffet with hutch can serve as a complete kitchen, along with my chopping block island.  All are in the storage trailer full of, and surrounded by, boxes packed tight so nothing can move.  I don’t know if someday it will be unpacked here in Alaska, or somewhere down in the States.  But soon I will be able to walk away from everything.

It turned out that the new driveway did not go along the property line, since both my experienced excavator friend Jack and my attorney Dale strongly disagreed with the surveyor, maintaining the drive should be extended so a legal easement would just be from me to myself, and everything would be invisible from the street.  The road and parking pad are finished, with Typar under, covered with 12 inches of fine sandy gravel, and two more inches of coarse stuff packed on top.  Peter parked his motor home and truck down there, and now that he’s gone back to Germany, with his girlfriend Michaela and Janek, things are pretty quiet around here.  Before leaving, they had an incredible three-week vacation by motor home and ferry down through Southeast Alaska, a trip I’ve always wanted to make.  His old motor home did just fine, only picking up a rock in the windshield on their return.

Janek was a good boy and a fun companion all summer.  He’s my little buddy, and I hope he’ll always remember the last three summers he spent with grandma.  Our time together was good for both of us and I’ll miss him.  Who knows when I’ll be able to go to Europe to visit him and his sisters again?

Also this summer I had the entire roof replaced, so all the leaking from last winter won’t happen again.  It cost me my entire small retirement nest egg, but had to be done.  Now the house is on the market, as-is, even though it’s probably too late in the season to sell this year.  I’ll stay here until probably November to see if there’s an offer, then either rent it or leave it empty again so I can get on the road for a while.  I know that I worked as fast as I could, so after 33 years here, another few months won’t matter much.  It’s surprising how many people are selling and leaving this year, or older single women getting rid of big houses and moving into small ones.  The market is much better than in past years, and the timing is right.  The oil business is growing, and new people are moving into the area so there’s not enough housing.

It’s interesting how little “stuff” seems to matter to me, after many decades of acquiring “treasures”.  It’s a relief to have things gone, even things I loved.  I’m undoubtedly still keeping too much, but each sorting makes it easier to let go.  Now I don’t know if my poor 4-wheel-drive truck can pull the heavy trailer out of its soft parking spot, but I’ll have the excavator use his dozer if necessary.  In fact it’s still parked by my driveway!  Some friends believe my determination to downsize and simplify is because of my heart attack last year, but I think it has more to do with my two-year-older sister having serious dementia and being committed permanently to a nursing home.  Her huge piles of “stuff” were left for her daughters to clean up and throw out, but I am determined that my children will NOT have to do that.

My poor dog Cheyenne has been confused and anxious about all the mayhem this summer.  I wonder if she thinks she’ll get left behind?  She’s more clingy and fretful than ever, can’t stand to be more than a couple feet away from me.  We’re both getting older and more tired, it’ll be good to be back in the motor home and taking long walks every day.

This week I posted a series of life photos on Facebook, by request from friends, so I’ll put them here now.  Soon I’ll add pictures of the empty-ish house and property.  I suppose mostly I keep up this journal for myself, to track my own memory and share with a few friends.  Thanks for following! 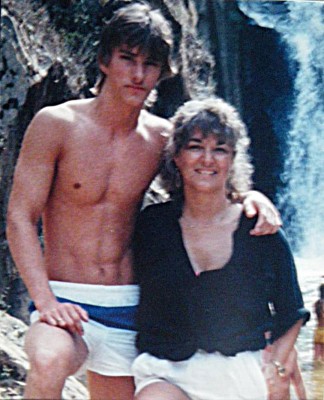 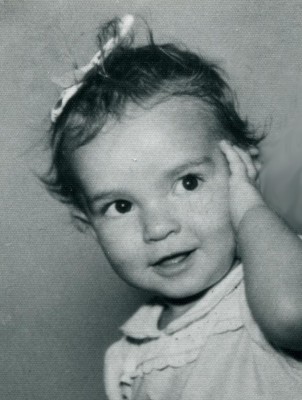 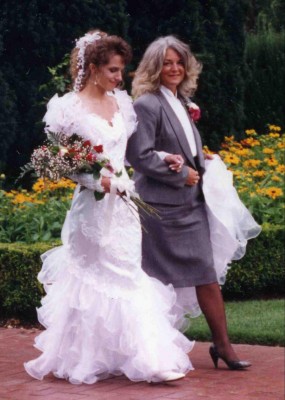 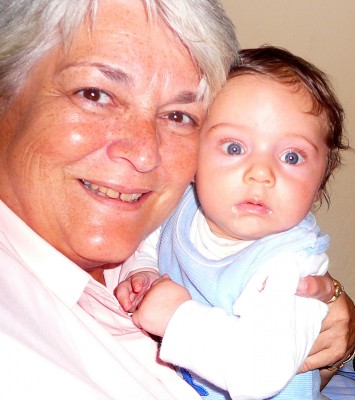 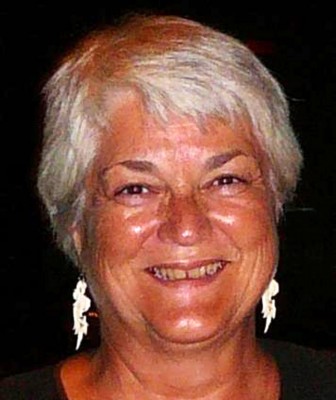 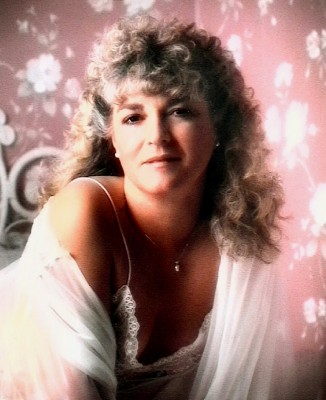 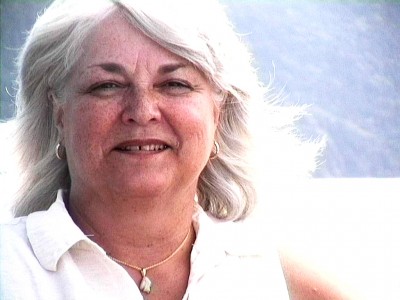 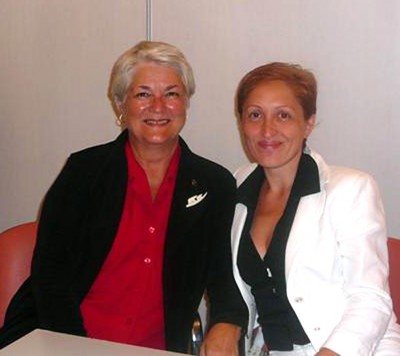 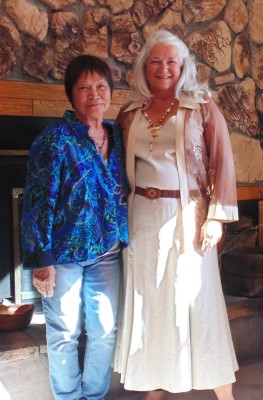 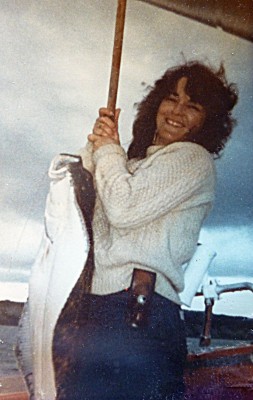 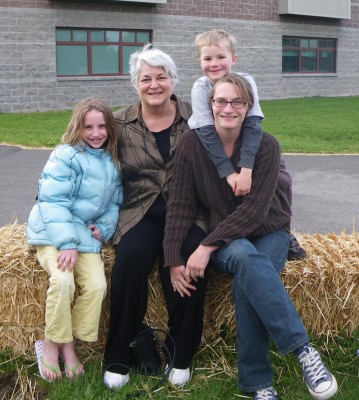 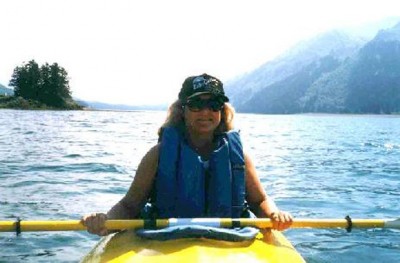 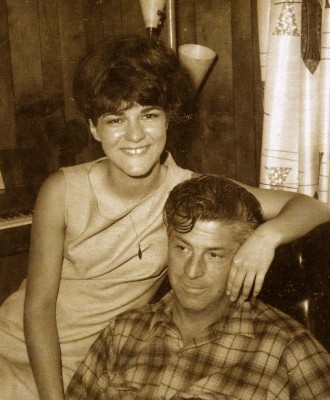 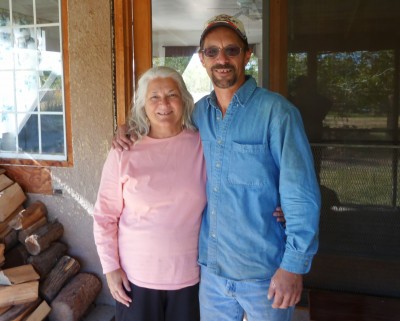 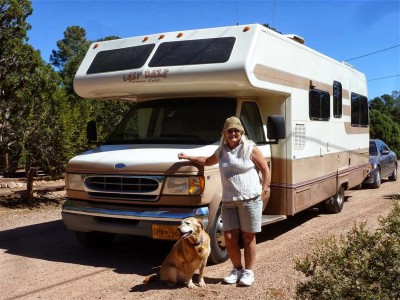 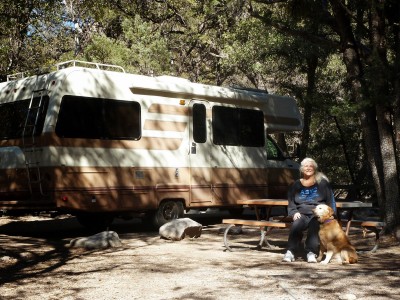 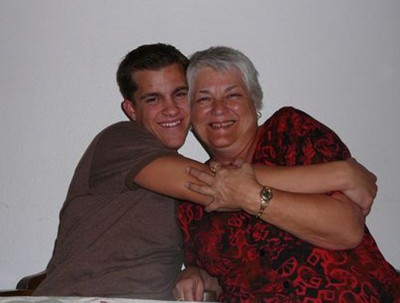 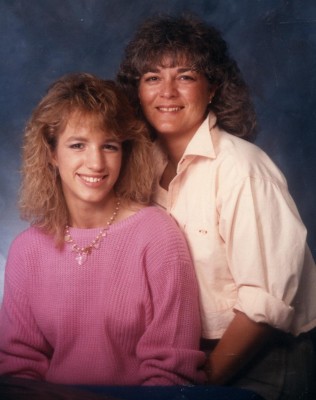 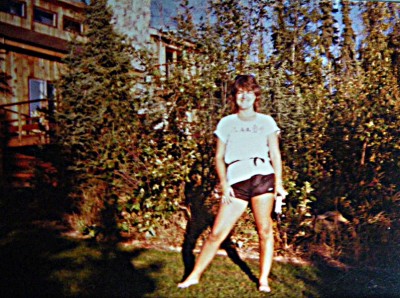 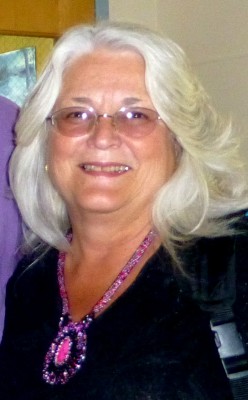 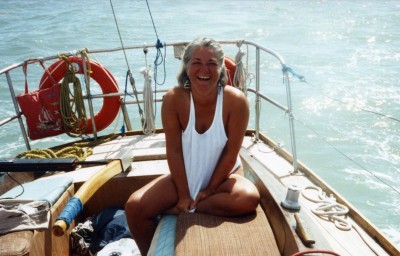 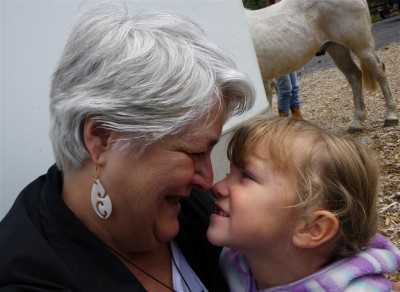 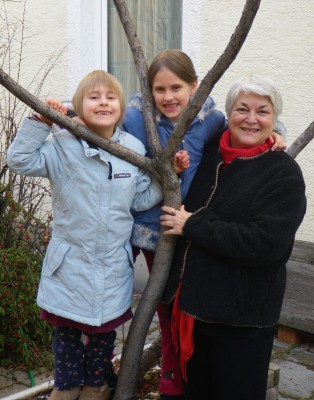